In July 2011, when the NTSB issued its report on the Enbridge Line 6b spill, it recommended that the Secretary of Transportation audit the spill response plan review program at PHMSA, as it noted some shortcomings in the program.  That audit began approximately 2 years after the report was issued, and has yet to be released, as it has been undergoing "internal review" for at least a year. … END_OF_DOCUMENT_TOKEN_TO_BE_REPLACED 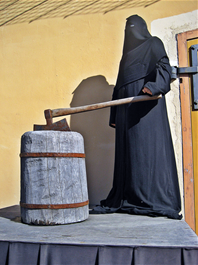 Over the years the Pipeline Safety Trust has let people know when the opportunity to apply for the Community Technical Assistance Grants administered by PHMSA opens up. These grants are the only funding source that has been reliably available to help community groups and local governments hire their own experts to help them understand and possibly get more involved in pipeline safety issues in … END_OF_DOCUMENT_TOKEN_TO_BE_REPLACED

The National Academies of Sciences Engineering and Medicine this week recommended substantial changes in the rules under which pipeline spill response plans are reviewed and approved, as well as improvements in the type of information made available about various types of crude oil being transported in pipelines. These recommendations were included in the Academies' second report on the risks of … END_OF_DOCUMENT_TOKEN_TO_BE_REPLACED

The Pipeline Safety Trust is available to help interested communities and individuals comment on proposed rules or other official proceedings having to do with pipeline safety. Over the next year, we will be announcing public comment opportunities, providing summaries of the proposed rules or proceedings, and developing a guide to how pipeline safety rules are made. We are also available to … END_OF_DOCUMENT_TOKEN_TO_BE_REPLACED

Did you know we recently updated our briefing papers and added papers on three additional topics? These papers are a great source of 'Pipeline Safety 101' information - they are short and each focused on a single topic. They do not need to be read in order, though some basic understanding is helpful before reading about the more technical issues. Check them out if you haven't already! Here is the … END_OF_DOCUMENT_TOKEN_TO_BE_REPLACED

Check out our new listing of Pipeline Safety Technical Experts HERE! The Trust published a Request for Qualifications in 2015, asking those with technical expertise in a whole range of pipeline safety issues to submit their information to us. Community organizations, local governments and individuals frequently ask the Trust for suggestions of independent technical experts with experience … END_OF_DOCUMENT_TOKEN_TO_BE_REPLACED

I began working in earnest for the Trust two years ago. Recently, I received a phone call from a timid citizen looking for support as he tried to educate himself in the midst of a pipeline construction project coming his way. He asked this question, and it offered me a brief opportunity to reflect on our work. Do you remember 1999? If you lived in Bellingham, you know exactly where you were on … END_OF_DOCUMENT_TOKEN_TO_BE_REPLACED

Question: When does early bird registration end for the PST conference??? Answer: Tomorrow is the last day to register at early bird rates! Do it today! Rates go up on August 1! The Pipeline Safety Trust's 10th Annual Conference will be held November 19-20 in New Orleans. The conference is a unique venue where operators, regulators, consultants, local governments, environmental groups, … END_OF_DOCUMENT_TOKEN_TO_BE_REPLACED

What's up with the differences in fines? I just saw that along with the big fine ($1.6 billion) the California PUC levied against PG&E for violations relating to the pipeline failure in San Bruno, they also levied (and a court just upheld) a smaller, but still substantial $14.35 million dollar fine against PG&E for recordkeeping and notification violations relating to a pipeline … END_OF_DOCUMENT_TOKEN_TO_BE_REPLACED

Question of the week: A fairly large, 24 inch I believe, natural gas transmission pipeline recently failed here in Pennsylvania, and I was surprised that it did not ignite. I thought when natural gas pipelines ruptured they normally catch fire. Can you tell me why this one didn’t? I think you are referring to the recent William’s Transco failure in Lycoming County, Pennsylvania that is … END_OF_DOCUMENT_TOKEN_TO_BE_REPLACED