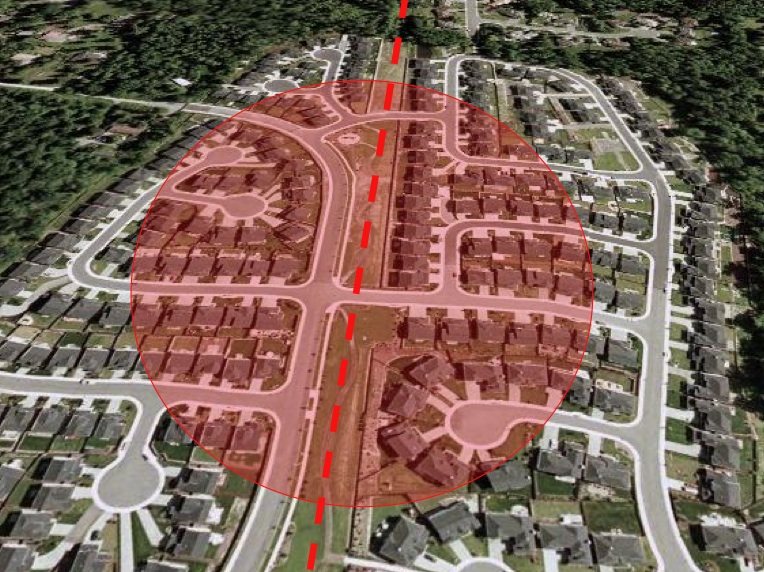 The Need For Better Planning Near Pipelines

The majority of the large transmission pipelines in this country were put in the ground decades ago in what at the time were rural areas. As our communities have grown, more and more neighborhoods and businesses have been built near these once rural pipelines. This development near these large pipelines increases the risk to the people living near them in the rare event of a pipeline failure. It also increases the risk that the pipelines could be damaged, also putting people in harms way.

For the past few years, a handful of local governments around the country have started to use their land use planning efforts and their zoning and permitting authority to try to increase the safety for people living near pipelines. The links at the top of this page will take you to some of those efforts as well as to news reports that help demonstrate why these efforts are needed.

During this time, the Pipeline and Hazardous Material Safety Administration (PHMSA) also formed the Pipelines and Informed Planning Alliance (PIPA) made up of 150 people from a wide array of stakeholder groups to come up with some recommended practices that could be used as a starting point for local discussions. The report with those recommendations has now been released.

Here are some of the major documents or links to these efforts. Much more can be found at the links above.

The Pipeline Safety Trust is a member of