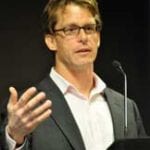 Jeffrey Insko writes and maintains the Line 6B Citizens’ Blog (https://grangehallpress.com/Enbridgeblog/), a resource for Michigan landowners affected by the Enbridge Line 6B pipeline replacement project, the same line that ruptured in Marshall, Michigan in 2010. He and his wife Katy Bodenmiller became active with pipeline safety after negotiating with Enbridge for the use of their property. Recognizing a lack of public awareness, regulatory oversight, and knowledge and communication among affected landowners, Jeff and Katy sought to help inform property owners and encourage greater scrutiny of the project, launching the blog as a source of information, contacting media outlets, encouraging local municipalities to hold public forums, and organizing fellow property owners.

In addition to their public advocacy and informational awareness efforts, Jeff and Katy are members of the Protect Our Land Rights Legal Defense Fund (POLAR), a non-profit fund established by concerned landowners to assist those facing condemnation of their property. Jeff holds a PhD in English from
the University of Massachusetts, Amherst and is an Associate Professor of American Literature at Oakland University in Rochester, Michigan.