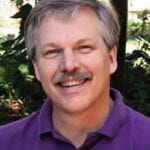 Carl Weimer is the Special Projects Advisor to the Pipeline Safety Trust. For the previous 14 years he served as the executive director of the Pipeline Safety Trust. In that capacity he has served as a member of the U.S. Department of Transportation’s Technical Hazardous Liquid Pipeline Safety Standards Committee, the Canadian Energy Pipeline Association’s External Advisory Panel, and the governor appointed Washington Citizen Committee on Pipeline Safety. Carl has been called upon to testify to the U.S. House and Senate multiple times, as a witness by the National Transportation Safety Board, and was honored in 2015 as a Champion of Change by the White House for his pipeline safety efforts. He has organized fifteen national pipeline safety conferences, pushed for stronger pipeline safety legislation on the national and state level, and regularly serves as an independent source of pipeline safety information for news media, local government, and citizens around the country.

He has a degree in Natural Resources and Environmental Education from the University of Michigan, as well a degree in Industrial Electronics Technology from Peninsula College.