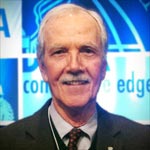 Bob Rackleff of Tallahassee, Florida, is a returning member of the Board of Directors, a founder of the Pipeline Safety Trust, and an advocate for pipeline safety since the early 1990s.  He was a three-term Leon County (FL) Commissioner, 1998-2010, and was the Democratic nominee in 2018 for U.S. Congress, Florida District 2.

Earlier, he was a speechwriter for President Jimmy Carter, Senator Edmund Muskie, Secretary of the Treasury Michael Blumenthal, and Secretary of Labor Ray Marshall. For the next three decades Bob was a corporate executive, consultant, and speechwriter for major corporations and foundations.

He enlisted in the U.S. Navy in 1961 and saw active duty from 1965 to 1967. He is a retired Lieutenant Commander in the U.S. Naval Intelligence Reserve. Bob received a B.A. and M.A., and pursued doctoral studies in History at Florida State University