On September 9th, 2010 a 30 inch PG&E natural gas transmission pipeline exploded in a neighborhood of San Bruno, California. The National Transportation Safety Administration completed its investigation into the incident in August, 2011. That report can be found here. The supporting documentation can be found on the NTSB website, www.ntsb.gov. The Executive Summary of the incident report follows:

On September 9, 2010, about 6:11 p.m. Pacific daylight time, a 30-inch-diameter segment of an intrastate natural gas transmission pipeline known as Line 132, owned and operated by the Pacific Gas and Electric Company (PG&E), ruptured in a residential area in San Bruno, California. The rupture occurred at mile point 39.28 of Line 132, at the intersection of Earl Avenue and Glenview Drive. The rupture produced a crater about 72 feet long by 26 feet wide. The section of pipe that ruptured, which was about 28 feet long and weighed about 3,000 pounds, was found 100 feet south of the crater. PG&E estimated that 47.6 million standard cubic feet of natural gas was released. The released natural gas ignited, resulting in a fire that destroyed 38 homes and damaged 70. Eight people were killed, many were injured, and many more were evacuated from the area.

The National Transportation Safety Board determines that the probable cause of the accident was the Pacific Gas and Electric Company’s (PG&E) (1) inadequate quality assurance and quality control in 1956 during its Line 132 relocation project, which allowed the installation of a substandard and poorly welded pipe section with a visible seam weld flaw that, over time grew to a critical size, causing the pipeline to rupture during a pressure increase stemming from poorly planned electrical work at the Milpitas Terminal; and (2) inadequate pipeline integrity management program, which failed to detect and repair or remove the defective pipe section.

Contributing to the accident were the California Public Utilities Commission’s (CPUC) and the U.S. Department of Transportation’s exemptions of existing pipelines from the regulatory requirement for pressure testing, which likely would have detected the installation defects. Also contributing to the accident was the CPUC’s failure to detect the inadequacies of PG&E’s pipeline integrity management program.

Contributing to the severity of the accident were the lack of either automatic shutoff valves or remote control valves on the line and PG&E’s flawed emergency response procedures and delay in isolating the rupture to stop the flow of gas.

Just over a year after the explosion, Mayor Jim Ruane, City Manager Connie Jackson, and affected family members from San Bruno spoke at the Trust’s 2011 conference. Videos of those presentations can be found here.

Below is a map of the PG&E natural gas transmission pipeline in the area. This comes from the National Pipeline Mapping System 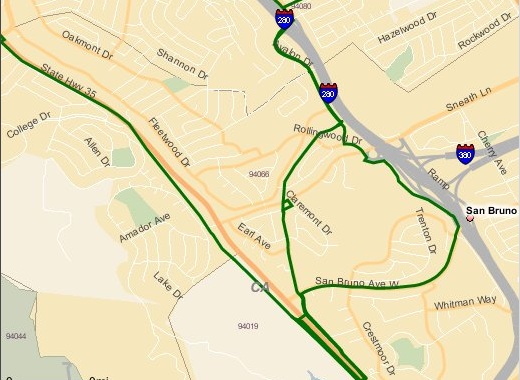 In California the Public Utilities Commission (PUC) through a certification from PHMSA regulates, inspects and enforces intrastate natural gas pipelines like the one in San Bruno. Click here for a list of enforcement and compliance actions they have taken.

News stories – Here is a sampling of the news stories about the San Bruno incident. As with all incidents the early stories tend to have more speculation than facts. San Bruno and PG&E’s response to it remain in the news, and will for many months to come, as regulators continue to determine how much of PG&E’s system remains usafe, how to improve the state and federal regulatory structures to respond to the shortcomings identified by the NTSB, and as claims by family members and victims make their way through the legal system. You can track the news easily on our safepipelines listserv, which also has a search function to find any items that were previously posted on a given topic.

How Old Are Our U.S. Pipelines?

How Close Can Houses Be Built to Pipelines? There are no federal or state regulations that provide any setback distance between homes and pipelines. According to the regulations homes can be build right next to a pipeline. Normally a pipeline company restricts building on their rights-of-way through their legal easement agreements with the property owners. These vary in width tremendously from 0-50 feet on each side of the pipeline. A very few local governments have stepped in to try to provide setbacks and other protections through their land use regulations. We have some of those efforts on our website here. In 2002 Congress asked PHMSA to look into the concern about the conflict between buildings and pipelines, which led the Transportation Research Board to produce a report Transmission Pipelines and Land Use: A Risk-Informed Approach. It called for the development of recommended practices for local governments to use to help increase safety for their citizens through the use of their permitting and zoning authority near pipelines. A group organized by PHMSA called the Pipelines and Informed Planning Alliance has drafted those recommended practices. That report was released in late 2010 and can be found on our Planning Near Pipelines web page. The Municipal Research Services Center has been promoting these practices in Washington State, and you can find the practices and other information about this effort on their website here. 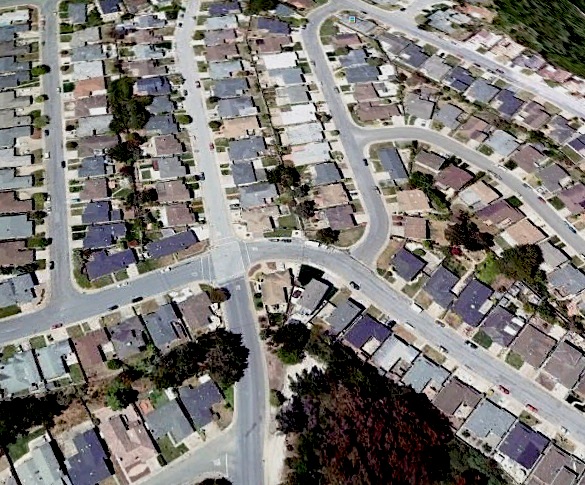 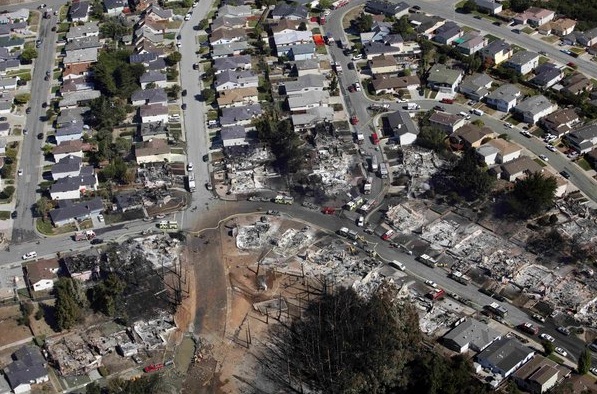