This page contains links to news stories that have rolled off of our home page:

Court to rule if B.C. can limit bitumen in key case for Trans Mountain pipeline, The Canadian Press
Laura Kane, May 23, 2019

Land Grab: Property Owners Fight Back Against Pipeline IOUs, WTKR, By Web Staff And CNN Wire, Updated At 11:49am, April 10, 2019

Federal lawsuit over a gas pipeline near Belton is brought back to life By Kirk Brown, Anderson Independent Mail (April 12, 2018)

Stretch of pipeline to be replaced after Orion blast By Mike Martindale, The Detroit News, (January 15, 2018)

Safety incidents on the rise after decade of decline By Jenny Mandel, E&E News reporter (April 26, 2017)

Officials vow VA will protect watershed if pipeline goes ahead By Jeff Day, Bay Journal, (May 16, 2016) 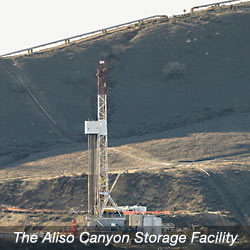 It Just Got a Lot Harder for SoCalGas to Reopen Aliso Canyon. By Gene Maddaus, LA Weekly (March 9, 2016).

Spills of Diluted Bitumen from Pipelines: A Comparative Study of Environmental Fate, Effects, and Response is now posted on the National Academies Press website and is available for free download (Dec 8, 2015).

We’re still waiting for confirmation on the health of Line 5 in the Straits of Mackinac. By Mark Brush, MI Radio (Sept 2, 2015).

After a year without one, the US is finally getting a pipeline safety chief. By Emily Atkin, Think Progress (July 22, 2015).

The mysterious case of the automatic shutoff valve. By Brandon Fastman, Santa Barbara Independent (May 29, 2015). 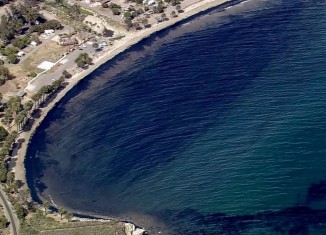 Resistance to pipeline bigger than Keystone thwarts Enbridge in Wisconsin. By David Hasemyer, InsideClimate News (May 12, 2015).

‘Pipelines blow up and people die.’ After a series of deadly accidents, Congress created an office to oversee the nation’s oil and gas pipelines. A decade later, it’s become the can’t-do agency.

Another PG&E pipeline explosion: What was learned from the 2010 explosion? By Alexander LaCasse (Ap 18, 2015).

What is the US government doing to prevent the next oil pipeline disaster? OpEd by Jeffrey Insko, ViceNews (March 23, 2015).

Science vs spin: dilbit sinks in the real world, but not in studies funded by oil industry. By Justin Mikulka, DesmogBlog (March 19, 2015). 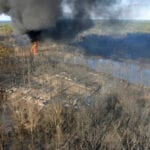 Keystone isn’t the only pipeline proposal out there. By Sarah Tory, High Country News (March 11, 2015). 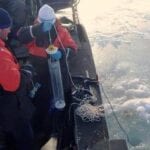 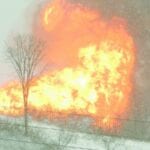 No deal on Enbridge pipeline insurance. By Mike Ivey, The Capital Times (Jan 27, 2015).

Moab’s redneck country is under pressure from fracking. By Nancy Lofholm, The Denver Post (Dec 29, 2014).

Dominion opts against route away from schools. By Calvin Trice, NewsLeader (Virginia) (Dec 12, 2014).

Energy East pipeline: TransCanada standing down on further work in Quebec. By The Canadian Press (Dec 1, 2014).

With all eyes on Keystone, another tar sands pipeline just crossed the border. By Zoe Schlanger, Newsweek (Nov 25, 2014).

Pipeline alert from federal regulator is first of its kind. By Elizabeth Douglass, InsideClimate News (Nov 17, 2014). 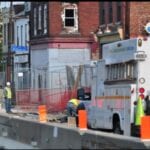 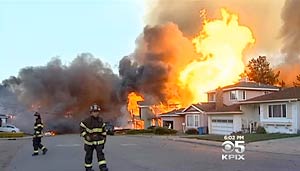 Public to weigh in on state Enbridge spill report. By The Battle Creek Enquirer (Aug 26, 2014).

The gas company that says it can take your backyard. By Evan Hill, AljazeeraAmerica (July 16, 2014).

Exxon to continue cleanup after spill. Cove of Lake Conway is next focus. By Debra Hale-Shelton, NWAOnline (June 9, 2014). 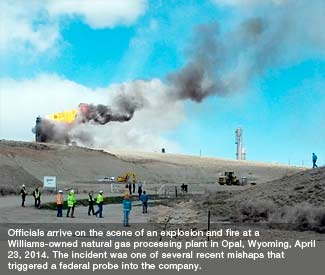 PHMSA issues letter to TransCanada regarding the role of local governements in pipeline safety (May 28, 2014).

Federal study to assess dangers of dilbit when it spills. By Elizabeth Douglass, InsideClimate News (May 21, 2014).

Lessons Learned from the Release at Marshall, Michigan. PHMSA Notice, Advisory Bulletin (May 6, 2014).

How dangerous are the gas pipes under your city? By James West, The Atlantic Cities (March 21, 2014).

While America spars over Keystone CL, a vast network of pipelines is quietly being approved. By Katie Valentine, ThinkProgress (March 20, 2014).

Is Fracking About to Arrive on Your Doorstep?
(The Nation, January 30th, 2014)

Finding cause of blast will take time
Winnipeg Free Press (Jan 28, 2014) – With the restoration of natural gas service underway southeast of Winnipeg, TransCanada PipeLines must now figure out what caused an explosion …

All along the pipeline: turning the oil tides. By Jessica McDiarmid, Toronto Star (Jan 21, 2014).

NTSB released top 10 most wanted list of transportation improvements for 2014. By National Transportation Safety Board, Office of Public Affairs (Jan 16, 2014).

Bakken crude may be more flammable than previously thought: US regulator. By Patrick Rucker, Reuters (Jan 3, 2014).

Top pipeline regulator: lack of oversight ‘keeps me up at night’. By Cole Stangler, In These Times (Dec 19, 2013).

Legacy pipelines; what to do about aging and abandoned energy infrastructure. By Tom Burns and Tan Hoang, Planning (Dec 2013).

Enbridge could be forced to boost pipeline safety in Michigan after water violations. By David Hasemyer, Inside Climate News (Dec 2, 2013).

Dilbit in Exxon’s Pegasus may have contributed to pipeline’s rupture. By Elizabeth Douglass, Inside Climate News (Sept 9, 2013).

Concerns about property rights and the environment drive county opposition to the bluegrass pipeline in Kentucky. By James Bruggers and Mike Wynn, Louisville Courier-Journal August 8, 2013

A little-known pipeline could win the race to ship heavy Canadian crude oil from the Midwest to the U.S. Gulf Coast if it comes online as planned in 2015. By Lisa Song, Inside Climate News August 5, 2013

Heat’s on to ensure safety of Utah pipelines
By Judy Fahys, The Salt Lake Tribune

The Case of the Disappearing Dilbit: How Much Oil Was Released in 2010 Pipeline Spill?
By Lisa Song, InsideClimate News

W.Va. gas line ruptures, but no fire or injuries
The Herald-Dispatch